We’re a dedicated team of in-house editors, writers and researchers who are passionate about helping businesses find the answers they need.
On this page
Expand
Compare free web design prices and save Get Free Quotes

Depending on their level of experience and expertise, freelance web designers can charge anything between £10 and £100 per hour, or between £70 and £750+ per day.

As with most freelance services, web design freelancer rates can fluctuate depending not only on experience level but also on location and the quantity/quality of the work required.

So how do you get the best deal for your business? You need to make sure you're paying the fairest price for what you actually need – no more, no less. For this, it's recommended to contact a few freelance web designers for quotes based on your requirements.

To save you time with this step, we're offering our web design service comparison tool to our Expert Market readers – to use for free! Simply tell us a little bit about the website you need, and we'll match you with services that make sense for your budget and needs.

Or, you can read on for more detailed information on freelance website design service costs.

Want to save money by using a DIY website builder?

Building your site yourself using a drag-and-drop web builder can be a low-cost option, and doesn't require any coding skills! But it will limit the scope and complexity of your site.

If you're eager to build your own websites, skip to our mentions of top web builders below.

What are the UK web developer rates?

Web developers focus on the website's backend, building the site's core structure and fixing bugs, among many other tasks. There are web developers and UI developers, but overall freelance web developer rates in the UK depend on their level of experience, so check out our table below for an overview of the average hourly and daily rates…

These are just ballpark figures, however, and much will depend upon the complexity of your requirements. We know that finding the right web development company can be tricky, so use this handy guide to browse who we think are the very best in the UK.

This is the preferred payment structure if you're looking for a brief project that can be completed in less than a week. If your project is more substantial than that, you might want to look at a flat rate, as more than a week's worth of daily/hourly rates is likely more than anyone would be willing to spend.

This is a payment method wherein the total cost is agreed before the project begins. Whether it takes three weeks or three months, you'll be paying the same, agreed-upon amount of money at the end of the project.

This payment structure is more suited to longform projects where the finish line might be a bit more vague. If you're looking for a website with multiple aspects and elements that might take a while to piece together, a flat rate is the way to go.

We matched 1,500+ Expert Market readers with a suitable web design service in 2021

Join them today, and save hours of time researching and comparing web design services

Find a web designer It'll only take a minute

What Affects a Freelance Designer’s Rates?

There are many different factors that can affect the rate that a freelancer charges you. Below you’ll find a few examples of the factors that determine how much you might pay:

Knowing What you Want

When planning your website, think carefully about what you really want. Are you after a simple, no-frills website? If so you can expect to pay a much cheaper rate than for a website with forms, eCommerce functionality, several pages etc. Likewise, a site designed in HTML5 with dynamic components will cost more than a content-managed site.

Your freelancer will need to take all of this on-board, so knowing what you want up front can really save time and money later on.

The Length of the Project

Is it a quick fix or a big website re-design? Unsurprisingly these will cost a significantly different amount. For larger projects, it's best to agree a fee up front for the whole project. Otherwise you'll end up paying extra by the hour should the project overrun.

Their Skills and Experience

As with most industries, a freelance web designer’s experience and skills can massively affect the amount they charge. Expect to pay a lower rate for junior and inexperienced designers, and a higher one for experienced designers. You’ll find more information on rates and pricing below.

As self-employed workers, freelancers have to be acutely aware of paying their taxes. This can sometimes bump up your costs if freelancers increase their rate to negate the impact of tax and improve their overall take home pay. This is a pretty common practice, but is something to be aware of if working to a strict budget.

As a general rule, the rate for an independent freelance web designer will be lower than that of a larger company. This is largely due to the fact that larger organisations typically have greater costs and overheads.

The traditional way of hiring a freelancer was to pay them by the hour until they finished the job. This often proved quite costly with extra hours racking up quickly over time, especially if the client wasn't happy with the work. You should always consider the cost of potential reworks, edits, and additional extras before agreeing to an hourly rate.

Paying by the day to have someone on-site can end up costing you more as freelancers won’t know their way around, will need internet access and firewall privileges, and could even be a disruptive presence for the rest of your team. All of these factors may hinder the project’s progress, costing you even more money. 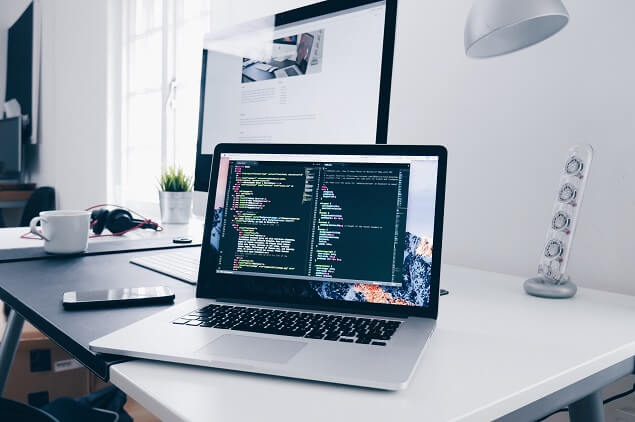 This is generally the safest method of paying your freelance web designer. When searching for a web designer, you should consider how large you want your website to be.

For larger jobs, freelancers will typically charge by the project, which may seem more expensive at first but can be preferable to an hourly rate. Not only does paying by project mean you won’t have to pay extra for hours of overtime, but you can agree a much better up front ‘all-in-one’ package rate.

This is a slightly less common method of charging and is often associated with larger website projects. You pay a set rate per page, making large websites more expensive and smaller sites less so. More often though, you should expect to pay by the project for websites with many pages and by the hour for smaller jobs.

You Could Save by Comparing Web Design Quotes
Do you currently have a website live?
Yes No
Compare web designers - it only takes a minute

Why Pay for a Freelance Web Designer?

Most people hire freelancers for the convenience. Having a temporary, no strings attached freelancer is less commitment than hiring a new employee.

You’ll also enjoy a more personalised service, with your web designer taking the time to fully understand your wants and needs. This is especially important when designing a website, as it will be the first port of call for your potential customers.

To ensure they receive work, many freelance web designers will enroll on courses to learn new skills. This makes them more versatile and able to offer a more bespoke end product.

Freelance web designers often have a wider range of experience than your typical agency designer. Accepting commissions from different businesses in different sectors means freelancers can provide a more flexible and tailored service for your business.

Freelancers always know other freelancers. If they don’t know how to do something, you can guarantee that they have a friend or a contact that can help you out.

Web design agencies do offer aftercare services, but once a site is live and a project ‘finished’, you might find that you’re no longer the top priority.

However, with a freelancer you can expect a much quicker response time and a willingness to help. It’s all part of the one-to-one relationship you develop with them.

Could I save money using a DIY web builder?

For some, an easier, more affordable option would be to opt for a website builder and develop your site yourself.

At a glance, our top choice for a website builder is Wix, which is an affordable, user-friendly platform that allows anyone to make a website without worrying about coding or figuring out complex systems. And if you're specifically building a site based around commerce, Shopify is your best bet, with shopping-centric features that can help you construct your online store.

Requiring no coding or technical knowledge, when using a website building platform, you simply choose a professional-looking design template; drag-and-drop your site copy, images, and videos into place; integrate the apps and tools that'll add the functionality you need; and voila – you have a website!

Below, we've listed our favourite website builders for general web design, and included their price ranges. Be sure to check them out before hiring a web designer!

And below here are our favourite website builders for ecommerce sites specifically.

Now that you know much you might expect to pay, it's time to find the right web designer. The only thing to be sure of before you look at this step is exactly what you're looking for in your website. That way, you'll know who to talk to, what to ask for, and what kind of rate will best suit your website's pipeline.

To get the ball rolling, all you have to do is tell us what you need, and we'll match you up with web designers that best suit your requirements.

Use our web design quote comparison tool to find pricing information for what your website needs – and nothing more!

Best Web Design Companies for Small Businesses in the UK 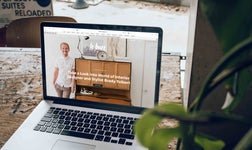 How Much Does Web Maintenance Cost Today?

How to Build a Java eCommerce Site from Scratch