This article will explain the differences between the skills and capabilities of a web developer and UI developer. It will also give you some advice to consider when choosing one for your business.

What is a web developer?

A web developer is similar to a web designer, but instead focuses on how a website works rather than how it appears. A good web developer will have a strong understanding of HTML as well as an expert knowledge of databases and programming languages. They are responsible for building and maintaining websites that are resilient and functional.

You should expect a web developer to be proficient in using:

Not only will a good web developer be skilled in the above, but they will also possess strong project and time management skills. These are vital as web developers often create a website’s functionality whilst working alongside web designers and UI developers, who create the look and feel.

Without strong self-management skills and a good line of communication between the back-end and front-end of the web design process, costly delays can occur.

Save by Comparing Web Design Quotes
Do you currently have a website live?
YES NO

What is a UI developer?

Within Information Technology, UI stands for User Interface. It is the term given to everything that a user may interact with when using a computer, tablet or smartphone – including the display screen, attachments like keyboards and mice and the appearance of websites and graphics.

In order to understand the significance of UI, it is necessary to think a little bit about the layered nature of a typical web application. Many such applications are divided down into logical functions, or layers, including:

Therefore, a UI Developer sits in between UX designers and Application Developers. They combine design skills with technical know-how and are responsible for ensuring things look great and work well.

A skilled UI developer will possess expert knowledge in graphical programs, such as Adobe Photoshop, as well as a strong understanding of coding and HTML.

What’s the difference between a web developer & UI developer?

Generally speaking, the difference between a web developer and a UI developer is:

Within the web design and building industry, it is not unusual at all to find people with predominantly graphic design backgrounds who are also UI developers and fully capable of building very attractive and eye-catching front-end user interfaces.

However, they may not be particularly skilled in some of the more technical components that sit behind the user interface, which would more typically be the domain of web developers and web programmers.

For the best result, it is recommend that you find the right balance of use between a web developer and UI developer. Whilst both roles compliment one another and will result in a more polished and functional website, you should always consider your individual situation as using multiple individuals will ultimately cost you more in both time and expenditure.

Save by Comparing Web Design Quotes
Do you currently have a website live?
YES NO

The skills required to develop a suitable user interface should not be underestimated.

However technically clever and useful your website or the products/services are, if the site is not easy for potential customers to use then it may negatively affect the likelihood of them doing business with you.

As part of an initial quotation for the design and build of a website, your provider should give you a design overview of the user interface area.

You should find out whether the interface will be constructed by a dedicated specialist or by an individual with the skills to build all of the components or layers by his or herself.

As mentioned earlier, you should be aware that although probably more expensive, it might be better to use specialists for each specific need rather than a multi-skilled individual who may or may not be as experienced in certain disciplines.

Some examples of web and UI developers include:

Once the extent of your requirements have been quantified, it will be possible to issue you with a priced proposition.

Or you can read more about other London and UK web development agencies.

If you are looking to hire a web developer, then why not find out how much they charge per project or per hour?

Otherwise, complete this form and you can be comparing web design and development quotes in seconds. 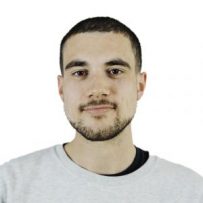 bOnline Review: Could it be Better?

What Ethical Responsibilities Does a Web Developer Have?

What are the Different Types of Websites?