According to the latest reports, people in the UK have never been more addicted to their smartphones. This addiction is affecting all areas of peoples lives, from the quality of sleep they get, through to their productivity in the workplace and it was this area in particular, the effect that smartphone addiction is now having on workers productivity that the latest Expert Market research focuses on.

Using data from Ofcom and the Official of National Statistics amongst others, the research was able to examine not only the amount of time that people are now spending on their smartphones while at work but also the cost this lost productivity is having on UK businesses.

The average British worker was found to spend 276 minutes or one hour every working day using their smartphone. This distraction means employers are paying over £3000 per year to each employee for being on their phone.

These calculations were able to be made by taking the average salary UK workers are paid while using their smartphone and multiplying this against the number of people in the workforce for each age group.

This led to data being drawn that can be seen above, with the cost to UK business totaling almost £100 billion per year.

Generation Z Spend Nearly 3 Times as Long on Their Smartphones

Breaking the data down in to age groups the research is also able to show just how much time particular groups spend on their smartphone whilst working, and the gulf between certain generations has shown to be vast.

16-24 year olds were found to be almost 3 times more addicted to their smartphones than any other age group. On average Generation Z spend 12 hours a week on their smartphones while working, this is longer than the average employee spends researching and gathering documents (6 hours per week) and in meetings (4 hours).

This works out at 745 minutes per week, or almost 2 hours of each working day occupied by their smartphone. 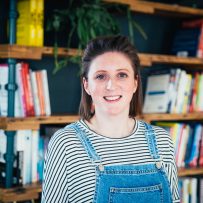 RingCentral Review: Is This Communications Solution Right for Your Business?

Best SIP Providers in the UK

Best call centre phone systems solutions
We use cookies. By browsing our site you agree to our use of cookies.