Curious to know how your voice travels from one phone to another? It’s largely down to ‘the exchange’. Read on to find out how it works

Telephone exchanges have been around since the dawn of telephone communication. Up until the 1960s, they were operated manually, with people employed specifically to connect one line to another on a manual switchboard. These days, however, all exchanges happen digitally.

Despite being such an integral part of our communication system, we don’t really know too much about telephone exchanges. We kind of take for granted that we can magically pick up a phone, dial a number, and talk to someone halfway across the country, or even halfway across the world.

This article aims to shed some light on the old telephone exchange system. Read on to discover what it is, how it works, and what its made from.

How does a telephone exchange system work?

The Public Switched Telephone Network is a wired system through which landline telephone calls are made and received and the circuit is based on successful circuit switching. In order to connect one phone to another, a phone call will be routed through a number of switches which operate on local, regional, national or international systems. Connections which are established between the two phones is referred to as a circuit.

Put simply, a telephone exchange links your line with the receiver’s line to create a circuit – this itself is a connected call.

What is a telephone exchange system?

A telephone exchange system acts as an intersection between two phone lines. This is because a direct phone line between two establishments doesn’t actually exist. Think of it as taking the tube – sometimes you can’t travel to your destination directly. Instead, you have to switch lines at an intersecting station to reach it.

What are the different types of telephone exchange?

In basic terms, this is how your phone call travels from your telephone to your receiver’s telephone.

For international calls, there are few additional stages. Instead of travelling straight from one exchange to another, the call has to travel via a long distance telephone carrier. On a basic level, it looks a bit like this:

A private telephone exchange is often referred to as a private branch exchange (PBX). These units allow the internal transfer of calls, while providing a limited number of outbound call lines (trunks).

Internal calls can be made from deskphone to deskphone, but one of the biggest benefits of a PBX is being able to transfer one external call to a range of multiple internal numbers. Most PBXs come with an auto-attendant, which allows callers to select which line extension they want to connect to.

There are several types of PBX. These are:

An analogue PBX only sends and receives phone calls via traditional copper wiring. It acts as an internal exchange, connecting calls within the office, while also sending calls out to the local exchange.

A hosted PBX uses the broadband network to send your digital phone call data to an offsite PBX server. Once there, it either continues as digital data to another digital phone system, or it’s repackaged into analogue data, suitable for the traditional telephone network.

A self-hosted PBX can connect to both the traditional telephone network (via a SIP trunk) and the digital network. This means you can choose to make calls over the landline, or the internet, and you have a backup if the phone line or broadband network goes down.

If you don’t already have a PBX phone system, it may be worth investing in one. A hosted PBX can be far more cost-effective than a 2-line or 4-line phone system, as well as being low maintenance – a real win-win.

Is the telephone exchange becoming outdated?

Cutting out the exchange, or even the telephone network entirely, is far more cost-effective for your business. Not only does it make local calls cheaper, but it makes long distance calls cheaper, too. VoIP providers often supply packages that include unlimited local calls and international calls to certain countries, making it easier for you to control your costs.

Investing in VoIP doesn’t mean you’re cutting your business off from those still using a traditional landline. Both off-site and on-premise PBX systems recognise when a call isn’t in the right format, and will repackage the data so it’s compatible with the receiving system.

A VoIP phone system isn’t expensive, either. Why not find out how much it’ll cost your business to convert to VoIP? Fill in our online form with a few details about your business, and the suppliers that best match your requirements will be in touch with quotes.

Get tailored phone system quotes for your business Receive Quotes 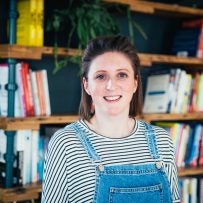 How to Report Telephone System Faults for Your Business

Lily Comms Review: Is it the Right System Right for Your Business?