★ ★ ★ ★ ★
Compare free fuel card prices and save Get free quotes

As a company Husk has been around in one form or another since 1901 and was originally involved widely in transportation. The Husk fuel card service came out of their background knowledge from running numerous fleets and they now act as an agent for a number of large fuel companies in the UK including Shell, BP and Esso. The company is part of Star Cargo plc, a transport and shipping corporation that has a worldwide reach.

Husk UK is based in Dover, Kent, and runs a number of fuel cards which give access to thousands of forecourts both in the UK and across Europe. Their relationship as a reseller with some of the biggest fuel providers on the planet means that they can combine their fuel card service with cost cutting pump prices that give fleet managers some real benefits including weekly fixed prices for diesel.

Find the Best Fuel Card Supplier for Your Business

What Type of Fuel Do You Use? 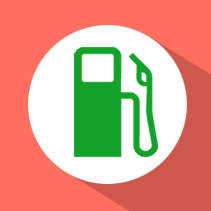 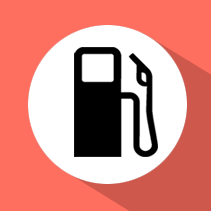 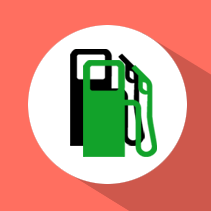 Husk fuel cards are designed to help fleet managers reduce their overall running costs and make administration of fuel purchases as simple as possible. There are no upfront charges for the cards and large users benefit from lower fuel costs at the pumps. Payment for fuel is by twice monthly direct debit and there are credit terms available subject to status.

The range of Husk fuel cards give fleet managers access to a number of suppliers and their forecourts across the UK. Husk UK supply both BP fuel cards, Bunker and BP Plus, and the range of Esso and Shell cards that give fleets coverage not only in the UK but across Europe if needed. The cards are designed to reduce administration costs for running fleets, improving fleet efficiency and cutting down on fuel costs with beneficial rates across all suppliers.

Of the Husk Fuel card options available, all cards come with an online management tool that enables fleet owners to keep track of payments and produce informative and useful reports that can then be exported to platforms such as Microsoft Excel. There is no minimum monthly spend as with other suppliers and equitable credit terms are available on request (subject to status). Cards can be broadened to allow users to purchase other products as well as pay for things such as tolls and ferry crossings.

BP Plus and BP Bunker

The BP Plus fuel card is accepted at all BP stations as well as Texaco and Gulf and offers access to over 2,300 forecourts across the UK. The card is suitable for all fleet sizes and there is no minimum contract to agree to. The BP Bunker card is suited more for larger fleets of LGVs or HGVs and gives access to over 500 bunker sites and competitive set weekly diesel prices. Both cards provide value for money to fleet managers, including:

Esso produce two fuel cards, one for commercial and one for fleet vehicles. The Esso commercial card is valid at over 1,000 sites across the UK including some 300 bunker sites with competitive diesel and petrol pump prices. The Esso fleet card has access to some 2,000 sites including Esso and Shell forecourts and is suitable for fleets of all sizes.

The Texaco Fastfuel card is one of the most popular on the market and offers fixed weekly prices on both diesel and petrol. The Husk fuel card is suitable for cars, LGVs, HGVs and buses and coaches and the network gives access to some 2,000 Texaco and UK Fuels sites across the UK.

There are a number of Shell branded cards available that provide extensive network coverage with fixed weekly pricing at core sites also available. The cards include:

All cards provide VAT approved invoicing and the ability to restrict purchases for certain drivers or vehicles. Online authorisation and fuel management software mean that fleet owners can keep a close eye on their fuel usage and produce reports for individual drivers or the whole fleet.

Husk fuel card provide a wide range of cards that suit almost every fleet need and include some of the major players in the petroleum industry such as BP and Texaco. There is no minimum spend as with other fuel card companies and customers benefit from lower pump and weekly fixed prices.

The company offers 30 day credit terms for fleet managers and there is no set contract time to sign up for. With access to a large number of service stations across the UK as well as numerous bunker sites and specialist HGV stations and a range of online management software to keep track of everything, Husk fuel cards provide the refuelling solutions fleet managers need in today’s competitive environment.

There are a number of resellers and agents for fuel cards and comparing them can be quite a complicated process. With a tool such as Expert Market you can simply put in your details and get the comparisons you need to make an informed decision about the right fuel card for your company.

Save by Comparing Fuel Card Quotes from Leading Suppliers
Yes No

DCI Fuel Cards Review: Are They Right for Your Fleet?

Esso Fuel Cards Review: Are They Right for Your Fleet?

Morrisons Fuel Cards Review: Are They Right for Your Fleet?

Shell Fuel Cards Review: Are They Right for Your Fleet?