Written by Duncan Lambden
On this page
Expand

BP is one of the largest oil and fuel companies on the planet, so it only stands to reason that they offer their own fuel card service to businesses who rely on a lot of trucking or driving. And with fuel costs rising steadily, any business that relies heavily on fuel consumption has a lot to gain from investing in a fuel card, as it can offer discounts and benefits.

If you're interested in a fuel card, whether it's a BP product or not, you can get quotes tailored specifically to your business by filling out our quote comparison tool. You'll receive zero-commitment quotes, and can make a decision whether a fuel card is right for you.

What Are BP's Fuel Card Options?

BP offers five fuel cards, each with their own specialisations. These are:

BP Plus: The bread and butter BP fuel card, offering you discounts at BP sites across the UK

BP + Aral: For businesses that expand into Europe, this card offers discounts at sites across the entire European continent

BP PLUS Bunker: For businesses with buses or trucks that need overnight bunkers, this card offers help with both fuel and 600 bunker sites across the country

BP Supercharge: BP's most beefed up fuel card, this is the BP Plus card with the addition of thousands more participating fuel sites, like Esso and Texaco.

What is the BP Supercharge Fuel Card?

You might be wondering what we meant by the Supercharge being BP's “most beefed up card. “The BP Supercharge card is perhaps BP's most “powerful” fuel card. With no transaction fees, and access to over 7,600 fuelling sites (which is almost 90% of the UK's entirety of fuelling sites), this card would suit almost any fleet of vehicles.

With the BP Supercharge card, invoices are made automatically back to the company. Unlike the BP Plus Cards, there is a card fee of between £12 and £24 per year depending on the size of fleet.

BP's website specifically focuses on “areas with fewer BP sites.” Some BP cards are cheaper, but only offer you access to official BP sites, so access to a wider range of fuelling options through the Supercharge card can make up for areas where other fuelling stations reign supreme. BP even proposes it as a supplement to the BP Plus or Plus Bunker cards, as it can pick up the slack when BP options are slim.

How much do BP Fuel Cards Cost?

For businesses there is no initial cost for the primary card and you can have as many as you want for your fleet. The company makes its money on BP Fuel Cards by providing all the petrol to run individual fleets and offers price reductions and special offers to card holders as an incentive. They do also produce the more comprehensive BP Supercharge Fuel Card that has an annual fee of between £12 and £24 per card depending on the number required which gives businesses greater access to the fuel network.

Read more: The best fuel card providers in the UK

Where Can I Use my BP Fuel Card?

Depending on the specific card, you'll be able to use a BP fuel card at over 7,600 sites across the UK, which is just under 90% of all sites in the country. It's worth noting that BP offers far more stations in Ireland than its competitors, like Allstar, which is largely focused in the UK.

Let's look at the specifics for each card:

A few things to keep in mind – not all of these sites will be able to service Heavy Goods Vehicles (HGVs). While the exact number isn't clear, the amount of stations that can service HGVs is substantially lower than the overall amount of stations. And if your business is using liquified petroleum gas (LPG), BP might not be the one for you, as most of these stations don't support LPG.

What Do BP Customer Reviews Say?

It's a tricky question to answer here, for a couple of reasons. Firstly, review aggregate sites generally discuss BP as a whole, so this will factor in everything from their fuel card discounts to the customer service of their station clerks.

Secondly, world events around the broader fuel industry have never been more heated. Some five star reviews of BP are lauding the business's decision to abandon their stake in Russia after the invasion of Ukraine, while some one star reviews are condemning the business for hiking fuel prices while people are struggling to afford food.

Putting all that aside, the reviews that we could find that actually referenced the fuel cards seemed to be satisfied with the product, but not overly so. The savings aren't massive, with an average of 7p per litre, but it can be worth it for larger businesses. The main draw for most people seems to be the dashboard and records that the fuel card offers, which are generally praised across the board.

Coverage for the network with BP Plus Cards is only for BP and Texaco filling stations but there is a pretty extensive network in the UK with over 2,000 outlets plus more than 70 strategically placed on motorways. BP claim that their Supercharge card, however, can cover almost all of the UK network of service stations.

There are many different cards on the market that are suitable for car, van and truck fleets and the distinguishing factor is often the management software that is available. With BP Fuel cards, UK fleets can keep all their transactions in one place, monitor individual drivers and vehicles and also take advantage of tools such as BP FleetXpert that helps monitor usage and produce valuable micro reports.

There are now a large range of fuel cards on the market for businesses to choose from and the Fuelcard Company is just one of them. You can compare all the prices for free and what’s on offer with Expert Market and have a better chance of getting the best deal for your company. All you need to do is fill in the form below.

Compare Quotes From Leading Fuel Card Suppliers and Save
Do you already use fuel cards?
Yes No
It takes just 30 seconds...

Are BP fuel cards worth it?
It's a difficult question to answer without context, but overall, a company with a lot of fuelling costs can only stand to benefit from the savings offered by a BP fuel card.
How much can you save with a BP fuel card?
With a national average saving of 4p per litre, and 10p at motorway sites, you can save a rough 7p per litre when using a BP fuel card. It might not sound like much, but over time, this can cut down on fuel costs, especially when costs are climbing worldwide.
Does BP offer fuel discounts?
A BP fuel card may save you 4p per litre on national average, and up to 10p per litre at motorway sites. When you're fuelling a whole fleet of vehicles, this can really add up, so it can be worth it!
Can I use the BP fuel card at Tesco?
You can use the BP fuel card at Esso Tesco Alliance sites, but not every single Tesco fuelling station.
Can I use a BP fuel card at Esso?
BP fuel cards are indeed accepted at participating Esso stations (numbering at around 1,200 stations in total). You'll need to make sure that the Esso station in question displays the BP acceptance sign, as there is the occasional station that doesn't.

Duncan (BA in English Textual Studies and Game Design) is an Australian-born writer for Expert Market. His articles focus on ecommerce platforms and business software that allows small businesses to improve their efficiency or reach, with an emphasis on invoice financing and customer relations. He has written for Website Builder Expert and Tech.co, and has been featured in Forbes. In his free time, Duncan loves to deconstruct video games, which means that his loved ones are keenly concerned about the amount of time he spends looking at screens. 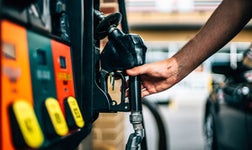 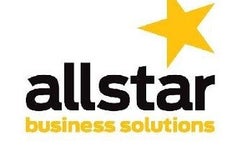 Allstar Fuel Card Review: Is it the Right Fuel Card Provider for You in 2022?

DCI Fuel Cards Review: Are They Right for Your Fleet?