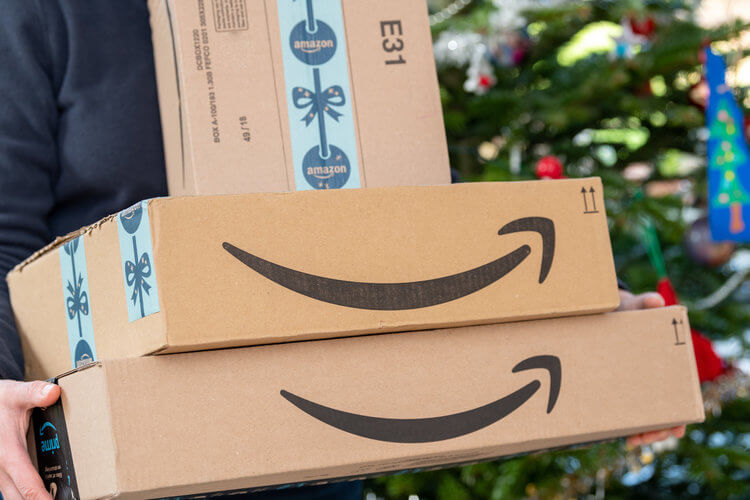 Is Amazon’s ecommerce fulfilment solution the best option for your online business? Or can you Find Better Alternatives elsewhere?

Your ecommerce business is taking off, your product range is expanding, and your inventory has finally outgrown the size of your basement. In other words, it’s time to ease the load, cut a few costs, and start outsourcing your ecommerce fulfilment responsibilities.

If this sounds like you – and you’ve already started looking at where you could go to outsource the storage, packaging, and delivery of your goods – then chances are you’ll have already come across Amazon FBA (Fulfilment by Amazon).

FBA is a big name in fulfilment, attached to an even bigger name in the world of ecommerce. And we won’t lie – with 66% of Amazon’s top 10,000 sellers using FBA to fulfil their orders, it’s certainly a popular choice.

But is it the right choice? We’re taking a closer look at Amazon FBA; its triumphs, its pitfalls, and – most importantly – which fulfilment companies might be better-suited to the unique demands of your small business.

So, read on to explore our list of the best alternatives to Amazon FBA – or if you’re short on time, try our shortcut to finding the best third party logistics (3PL) supplier for you. Simply provide us with a few details about your business, and we’ll match your requirements with leading ecommerce fulfilment companies near you.

You’ll then receive free quotes tailored to where you sell, how you deliver your parcels, and how many of those you deliver daily. Take 30 seconds to do it now, or dive into the list below to get immediately acquainted with the best Amazon FBA alternatives in the UK.

Just can’t decide who to trust with your business’ ecommerce fulfilment? Let us help!

What is Amazon FBA?

If you choose this option, your inventory will be stored in a fulfilment centre (basically a big warehouse) operated by Amazon, who’ll also take care of the customer service involved in the delivery and returns process.

Basically, what it comes down to is this – you sell it, Amazon does the rest.

Amazon is renowned for putting the customer first – and it shows. After sending the product, Amazon follows up with the buyer, handling any questions and collecting feedback. And, in the event of any consumer dissatisfaction with your product, FBA also takes care of returns, logging products back in and getting them ready for resale.

Amazon FBA draws upon an extensive network of fulfilment centres across the UK and beyond. This means your products won’t ever be too far from your customer’s shipping address, and is what allows Amazon to offer next (or even same!) day delivery.

Just because FBA is Amazon’s own channel, that doesn’t mean you’re restricted to selling through Amazon alone. Amazon’s multi-channel fulfilment (MCF) lets you sell through a wide variety of ecommerce platforms and channels, while still having Amazon shoulder the storage, packaging, and shipping duties.

What are our issues with Amazon FBA?

Amazon FBA isn’t for everyone. And, somewhat paradoxically, the things that make FBA great are also some of the biggest issues that we have with it.

Because, as we mentioned before, FBA puts the customer first. Sure, this is a plus when it comes to Amazon handling questions and aftercare – but it also means that you, as the seller, come second.

Here are a few things you should consider before jumping into a deal with Amazon:

You may see more returns

FBA makes it very easy for customers to return goods – it’s all part of the service, after all. But (let’s face it) when it’s that simple to send stuff back, people will exploit the system. Consider that 30% of goods purchased online are returned anyway… do you really need to be making it any easier?

Your stock may get mixed up with that of other sellers

It’s not just your business’ inventory being stored in Amazon’s UK-wide fulfilment centres. There are plenty of other sellers also using FBA, and selling similar (if not identical) products.

Here’s where the issue arises. For organisational reasons, products of a similar nature are stored close together in these warehouses. And all it takes is one individual mistake to have a product from another seller shipped to your buyer.

At its worst, this could mean products of a lower quality (or even counterfeit goods) are sent to your buyers; impacting on your brand’s reputation, and leading to bad reviews. Amazon has suspended seller accounts as a result of these mixups, so be wary.

Amazon’s storage fees are among the highest. Unlike Huboo and other 3PL providers, FBA offers no period of free storage – rather, you’ll pay from the word go. Worse still, FBA hikes prices from October to December, cashing in on sellers at the most cruel and inconvenient time – during the leadup to Christmas.

Amazon’s guidelines for having your products shipped to its fulfilment centres are notoriously strict. Each product has to be labelled and packaged individually, and then sent to a multitude of different FBA warehouses.

Doing all this is a head-scratching experience, particularly if you’re just starting out in business – and when it comes to shipping costs, all it does is shrink your bottom line.

Amazon FBA: is it really all smiles?

Is Amazon FBA right for your business?

So, let’s recap. Amazon FBA excels when it comes to quick delivery and simple returns, and its multi-channel options are fantastic. However, its customer-focussed approach hamstrings sellers with more returns, more fees, and more paperwork.

Also, what you’ve got to remember is that Amazon is in the business of selling… not storing. So, while FBA offers cost benefits for ecommerce businesses that make regular sales, its hefty storage fees make FBA less ideal if you trade in items that take up more space (and those that don’t exactly fly off the shelves).

Alternatives to FBA work best if you’d like a solution that values your ecommerce business as much as it does your customers. Amazon FBA alternatives also offer an inherently more customisable, personalisable way to outsource your fulfilment – and smaller storage fees give you more leeway when it comes to both inventory and total spend.

Take a look at the table below to decide whether FBA or a 3PL alternative is the right selection for your business.

Got your heart set on an alternative? Great – simply complete our free, 30-second webform to receive tailored quotes, and start comparing top ecommerce fulfilment providers in the UK. Otherwise, read on to choose an FBA alternative from one of our top four selections.

What are the best alternatives to Amazon FBA?

So, let’s get straight to it. Our best alternatives to Amazon FBA are Abstrakt, Huboo, Green Fulfilment, and Sprint Logistics.

The best alternatives to Amazon FBA for UK ecommerce businesses:

The best alternatives to Amazon FBA for UK ecommerce businesses:

Read on to find out why.

Anyone who’s ever shopped online knows how vital the returns process is to the overall customer experience. It’s a relief, then, that Abstrakt handles all returns with speed and efficiency. As a seller, you can rest easy in the knowledge that anything that gets sent back will be inspected, and then either added back to your stock, held in quarantine (gulp!), or disposed of as necessary. Better still, returns are dealt with on a daily basis – ensuring that you stay in the loop with regards to stock levels, and enabling you to act quickly in refunding customers.

And, if you do ultimately decide to go with Amazon FBA, Abstrakt can still play a role in streamlining your order fulfilment. It offers a service that's tailor-made to work hand in hand with FBA; applying Amazon-compatible barcodes to your goods, and packaging them to the ecommerce giant’s strict standards.

Best FBA alternative for the lowest costs around

What’s better than a 99.9% accuracy rate and simple account setup? The best ecommerce fulfilment rates in the country, that’s what. Huboo offers all this, but the benefits don’t stop there. You’ll also get two months’ worth of free storage (blowing Amazon’s offering right out of the water) plus discounts tailored to your product type after that. What’s more, Huboo’s service is personal, and bespoke to the nature of your business and industry. When you call up, you can be sure of a real person on the other end of the line – Huboo even goes the extra mile to put you in touch with the very team managing your orders, and help forge a lasting relationship.

Huboo also does away with the stress of integrating it with your ecommerce platform. Its extensive array of multi-channel integration options rivals that of FBA, and here’s the kicker; if it can’t currently work with the channel you sell through, it’ll build that integration from scratch – for free.

Subscriptions start at £10 for businesses that dispatch a maximum of 30 units per month, and cap at £150 per month for up to 5,000 units. Larger businesses can get in touch to bag a corporate rate.

Rates for individual items start from £0.92 (a large letter, processed within 48 hours) and go up to £7.45 (an extra large parcel, processed within 24 hours). This fee includes all receipt, picking, packing, and postage/courier costs.

See Huboo’s website for its full range of up-to-date fees, or use our free, 30-second webform to get quotes from Huboo and several other hand-picked 3PL providers.

When you’re processing hundreds of orders per month, it can be easy to forget about the impact your business is having on the planet. That’s why it’s handy that Green Fulfilment does the remembering for you. As well as using only eco-friendly paper, it recycles plastics and cardboard, and does away with using styrofoam as packaging void fill. Plus, Green Fulfilment doesn’t just think about the earth – it lets you store stock around it, too, making for easier, quicker international shipping.

Green Fulfilment also offers a live, online dashboard to help you track sales, stock, and shipment. Pulling together data from across multiple channels and locations, you’ll have access to everything you need to dominate your ecommerce business’ orders and inventory – 24/7, from wherever in the world you are.

Based in London, Sprint Logistics sorts, packs, and ships thousands of parcels every day. And, while its team does the (literal) heavy lifting, Sprint’s simply excellent online interface puts you in the driver’s seat. As well as automating re-orders and providing granular stock usage reports, Sprint’s platform offers multi-level, multi-user access, and works with multiple channels to boot.

Sprint also offers logistics tailored to the needs and pain points of specific industries. Fashion, retail, marketing, travel, and cosmetics are among the sectors Sprint caters to with bespoke solutions.

To FBA, or not to FBA; that is the question. Hopefully, though, it’s one we’ve gone a fair way to addressing. If low fees are on your mind, call Huboo. Try Abstrakt for hassle-free returns handling, and Green Fulfilment for a logistics solution that cares.

And, while all of these providers offer online dashboards for managing stock levels and deliveries, Sprint Logistics’ interface is the most intuitive and feature-rich of the lot. So, which one’s right for you?

If it still seems like there are too many ecommerce fulfilment providers to get to grips with, why not let us help break it down?

Simply take a moment to answer a few quick questions about where you sell, and how many parcels you ship daily. We’ll match you with 3PL suppliers tailored to your business’ size, sales volume, and location, who’ll then provide quotes made just for you.

It’s free, easy, and designed to help you scale. Try it today.

Rob writes mainly about the payments industry, but also brings industry-specific knowledge of CRM software, social media monitoring, and invoice finance. When not exasperating his editor with bad puns, he can be found relaxing in a sunny corner, with a beer and a battered copy of Dostoevsky. 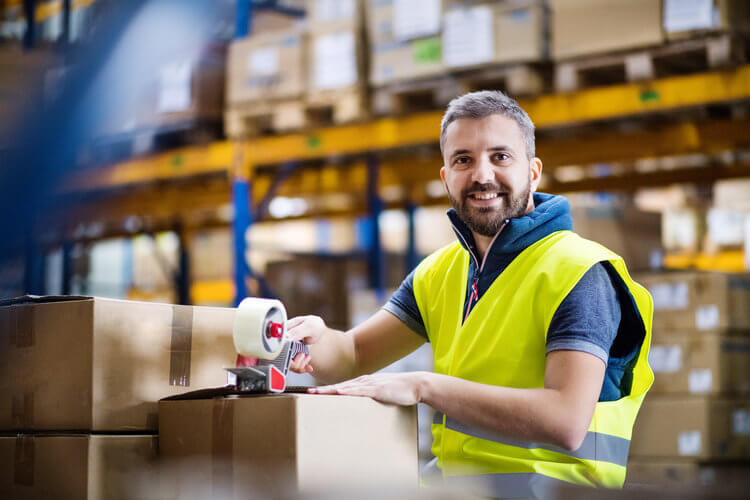 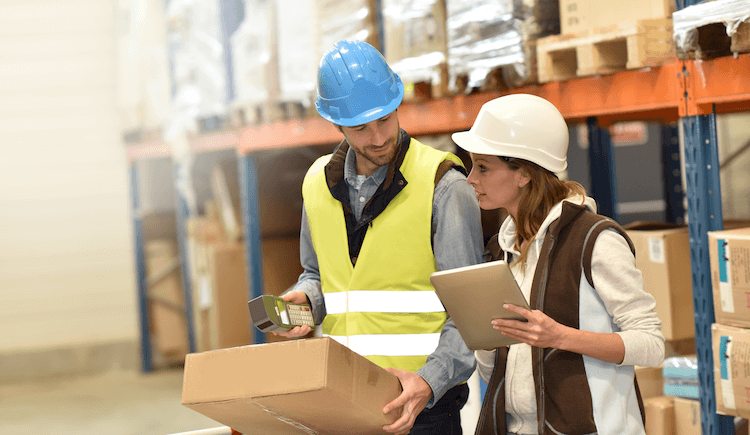 How Much Does Ecommerce Fulfilment Cost?
We use cookies. By browsing our site you agree to our use of cookies.