Starbucks was founded in 1971 by a group of friends who wanted to open a coffee shop that sold only top quality roast coffee beans and equipment. The first store was opened in Seattle, Washington and from there the business grew. In 1988, it was sold to another business man, Howard Schultz and by the time of its initial public offering in 1992, there were 165 Starbucks outlets across the country. Today, Starbucks is the largest coffee shop chain in the world with over 19500 stores in 58 countries.

To get the unique tasting coffee that Starbucks sell, there are several factors to consider. Firstly, the coffee used. Starbucks currently have over 20 roasts of varying strengths to enjoy ranging from the Blonde roasts which are mild in flavour, to the Medium Roast coffees which are ideal for everyday drinking, right up to the stronger Dark Roast coffees which are perfect for those who want their coffee to have a real kick.

They also have a number of seasonal favourites; coffees which are only available at certain times of the year, either due to them only being available from the coffee growers for limited periods or because they are blended for a specific occasion like Christmas.

Need Coffee Machines?
You could save by comparing quotesJust tell us your requirements, it only takes a minute
Compare Coffee Machine Quotes

The other major ingredient for brewing a great cup of coffee is the equipment used. Starbucks have always been at the forefront of making great tasting coffee and therefore only use high quality coffee machines. Currently, the vast majority of stores use the Mastrena High Performance Espresso Machine, a fully automatic bean-to-cup coffee maker. They partner exclusively with Starbucks, so you won’t find their machines in any homes or offices.

While bean-to-cup machines are infinitely easier to use than a traditional espresso maker, some say the coffee they produce is inferior to coffee made by the traditional method. There are a lot of positives to bean-to-cup machine, though. Firstly, they eliminate the need for a separate coffee grinder as the process is built into the machine (coffee beans start to lose their freshness immediately after grinding). Here’s our top pick of commercial bean-to-cup models: 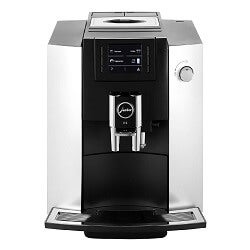 The JURA 15079 E6 delivers great tasting coffee for offices that don’t want to play barista. JURA have nailed the art of automatic, easy-to-use machines that don’t compromise on quality. At only £695, it’s very reasonably priced, too.

If you’re serious about good coffee, look no further. Designed by Heston Blumenthal himself, The Oracle machine from the Sage range delivers an unbeatable cup of coffee. Yes, at £1,149.95 it’s a pricey bit of kit. But the glowing reviews prove it’s worth every penny. 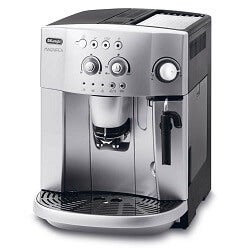 This De’Longhi model manages to pack a lot into a small and very affordable model. High pressure ensures a great taste, and the ‘one touch’ keep things quick and simple. It works with both ground coffee and beans.

Specializing in business energy, fleet management and fuel cards, Julia’s here to help your company power up and get on the move. Having spent years working in the dynamic world of startup entrepreneurship, she loves creating content that might help exciting ventures, big or small, to flourish.

How Does a Coffee Vending Machine Work?

What are Bean to Cup Coffee Machines?

Where to Lease a Coffee Machine
Popular Posts
We use cookies. By browsing our site you agree to our use of cookies.